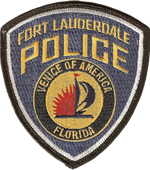 Fort Lauderdale, FL (April 18, 2013) – The Fort Lauderdale, Florida, Police Department has successfully installed the EvidenceOnQ evidence management system from FileOnQ, Inc., which will enable the evidence room to streamline tracking and management of its property and evidence--from the crime scene to the courtroom.

Fort Lauderdale PD has more than 500 sworn officers, and the evidence room takes in between 2,000 and 3,000 evidence items per month.

The police department found that training on EvidenceOnQ was helpful and easy for personnel who will use it. “We were able to use the software in a training environment to explore and build our interface,” Captain Jon Appel, who was largely responsible for implementing EvidenceOnQ. “The product is built on a custom platform based on a department’s needs,” Capt. Appel said.